When the Fairmount Park Conservancy first dreamed up the Hunting Park Revitalization Project, it was exactly that, a dream and an ambitious one at that. But that’s the great thing about the Conservancy. They dream up the ways the City could be and the ways the City should be, and they make it a reality. The Conservancy fully believes that parks can be a catalyst for positive change in communities and the lives of those who surround them. This mission led the organization to dream up, plan, secure funding for and launch the Hunting Park Revitalization Project, a multi-million dollar, long term endeavor to restore the 87-acre Hunting Park in North Philadelphia.

Since the project’s start in 2009, LevLane has been working to promote the good work happening in the park through media relations and event management. Some highlights from the project have been dedicating a new baseball field with Ryan Howard, new tennis courts with Billie Jean King, a community garden, two new playgrounds, weekly farmers’ market, improved park lighting, a healthy concessions initiative and most recently, dedicating the crown jewel of the park, the brand new Team Vick Field with Michael Vick and Ron Jaworski. 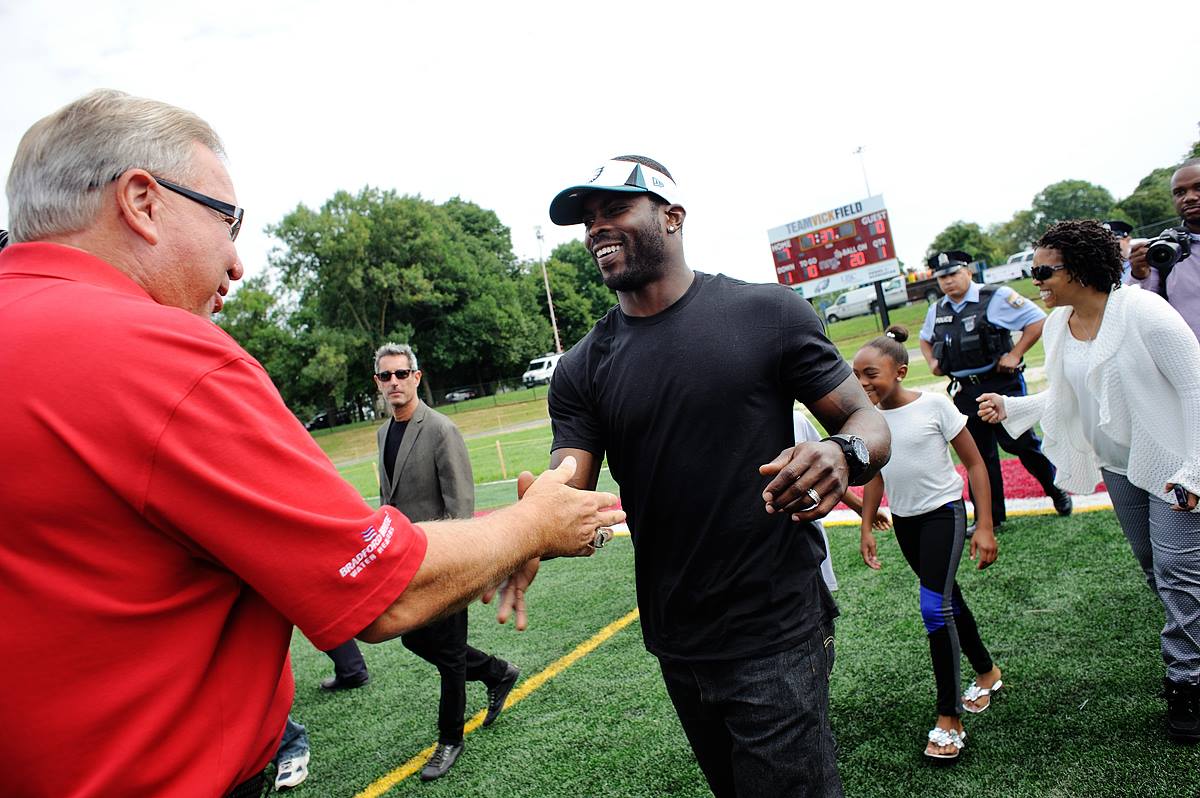 The dedication of Team Vick Field was more than just the excitement of having both 7’s in Hunting Park, it represented the revival of a once-divided community. Joined through the Hunting Park United community group, residents and friends alike were finally able to watch their championship Pop Warner youth football team run around on a field with turf (and without broken glass and dirt).

Through aggressive media relations, the Hunting Park football field dedication and in turn, the Fairmount Park’s Conservancy’s tireless effort in Hunting Park, was covered in more than 50 print, broadcast and online stories that garnered more than 58 million media impressions. Touch. Down.

Here’s a sample of the media hits we’re most proud of: 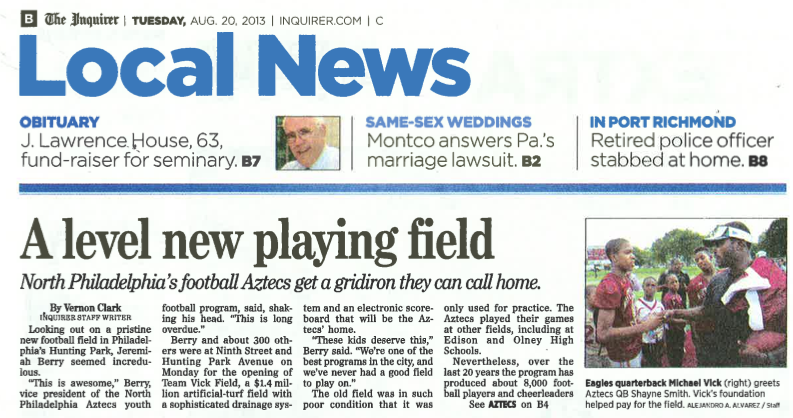 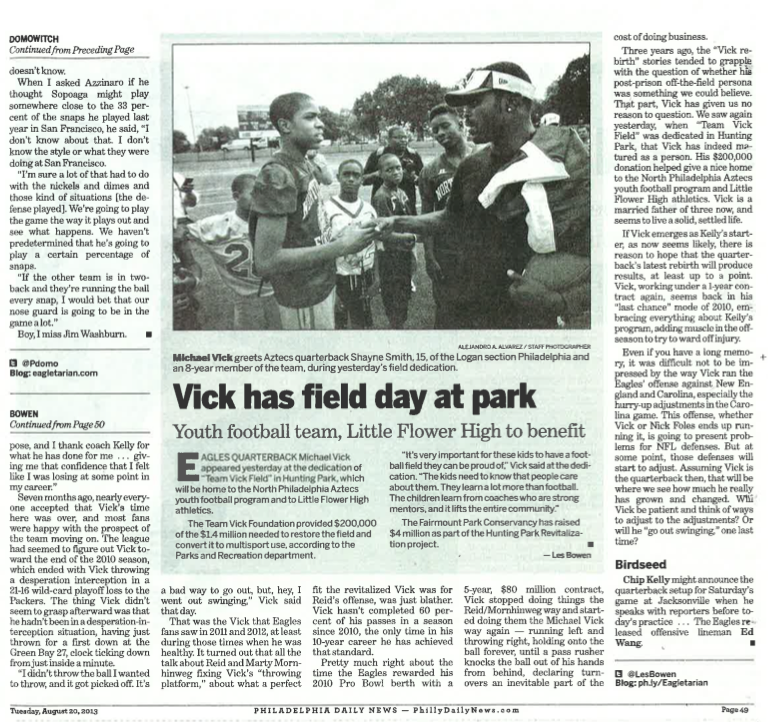 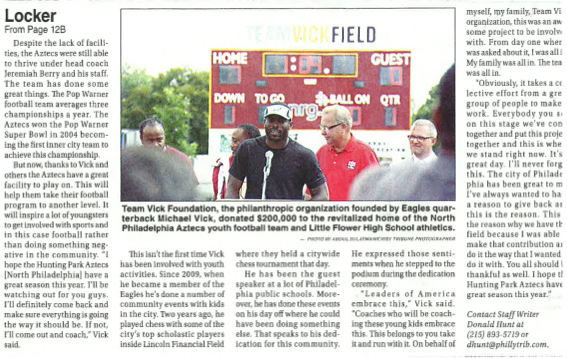 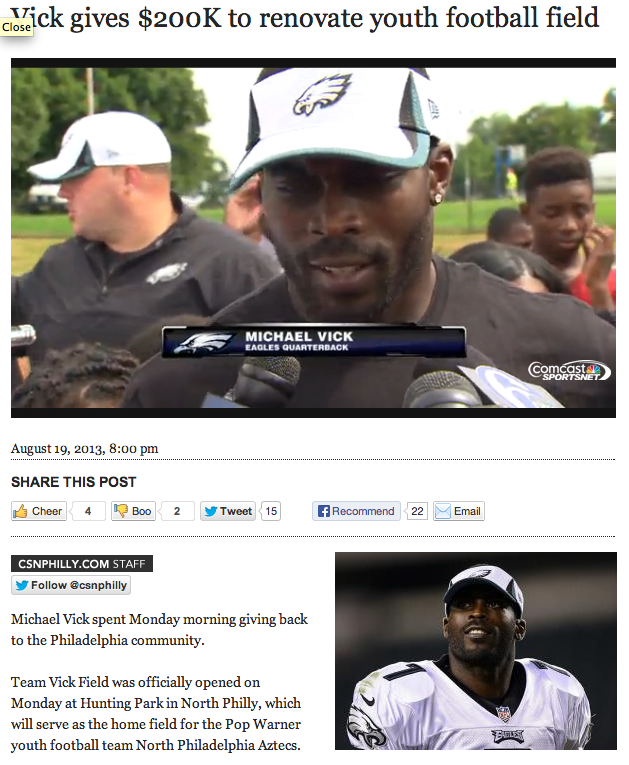 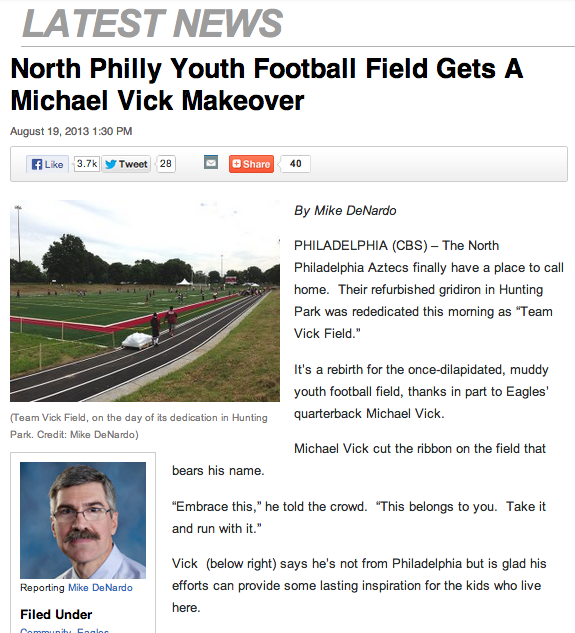 To keep up with the Hunting Park Revitalization Project, check out the Fairmount Park Conservancy’s website. Photo credits belong to Albert Yee.