Atlanta Business Chronicle: The Atlanta KFC Advertising Co-op, has named LevLane of Philadelphia as its first agency of record since the co-op formed in 2002.

The Atlanta KFC Advertising Co-op, which will have a $2.5 million budget in 2011, includes 10 members in the metro Atlanta market.

The first ads for the new campaign, which will include TV, radio, digital, print, and outdoor, are expected to begin in January. 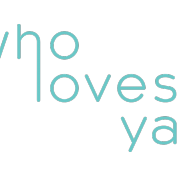 The Hub of the LevLane Wheel: Donna Pangione, Director of Production

People on the Move: Marketing & Media